266 trick or treaters this year… a new record!

Trivia:  What is the cat saying?

Guitar bloggers seem to be about the coolest guys on the internet. I’m constantly on Guitarflame or Pribek.net and now Ovidiu tells us that there’s a new site to check out:

There are links on Ovidiu’s site of even more members of this hog-wild guitar cyberfraternity.  A lot of good folks have taken the time to write/notate/record a lot of great information and you should take advantage of this fact.

If you’re still uninspired, then check out Ukulelehunt.com;  there’s a great new post about the five steps to becoming a legendary blues uke player. 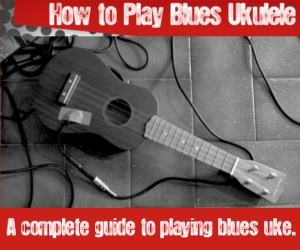 Yes, Virginia, you can play slide on a Uke. I know you want to.

There’s something about the total mixing strategy of artists like Pink and Joe Bonnamasa that totally capture the “techie” side of my brain.

Pat Metheny can play guitar. Much of his music always struck me as “melody jazz”…

Gary Burton, the “godfather” of 4 mallet vibe technique, joins Pat Metheny, the Yanni of jazz guitar, in this clip from a tv appearance:

See what those 4 mallets can do!?! What if Pat’s approach to soloing had been more harmonic & contrapuntal, like Gary’s? Here’s some solo Burton:

I’m not going to tell you who to vote for; –you’re on your own. In my checkered political past(college years, actually), I campaigned for ballot access for the Libertarian Party Candidate for govenor, so there’s nothing I could say that could possibly repair my loss of political credibility.

Both candidates still have to make it past Halloween. To me, this is the true test of politcal savvy. Below is a terrific article by Howard Mortman that I dug up while researching skeleton one-liners for my wife (long story). The original source is the Examiner.

Halloween is fast approaching, and every four years that means one frightening thing: some of the worst metaphors and similes and one-liners you’ll ever hear on the presidential campaign trail. It is, to mimic the worst of the rhetoric, scary like Halloween out there.

This year, let’s do something about it. Let’s resolve to shame our presidential and vice-presidential candidates into pledging no Halloween-themed rhetoric. How will we do that? Simple: With sunshine, the best disinfectant. Every time a candidate uses Halloween-based language we will say, no mas. Never again.

We begin this effort today by exposing the 19 worst Halloween-based one-liners in recent presidential campaign history. They’re listed in ascending order, meaning the number spot is the most repugnant. But they’re all quite horrible. Or, as the TelePrompTer might say, horror-ble.

16. Walter Mondale, 1980: “He’s [Reagan] put on a whole variety of exciting new costumes, changing his mask every day,We’re going to take his mask off. And unlike the Halloween masks tonight, when that one’s off it’s scary.”

9. Geraldine Ferraro, 1984: “Throughout this campaign, he [Reagan] has disguised himself as a believer in arms control and a friend of the great Democratic leaders of the past, John Kennedy and Harry Truman. Now I know it’s almost Halloween, but anyone can see through that disguise.”

7. John Kerry, 2004: “It’s Halloween. In the Bush-Cheney administration, that means tricks for the American people and treats for Halliburton.”

5. Michael Dukakis, 1988: “It’s Halloween tonight. Mr. Bush is going to try and pass himself off as an environmentalist. No treat for us. That’s the biggest trick in the book, isn’t it?”

4. George H.W. Bush 1992: “Today is Halloween, our opponents’ favorite holiday. The only way that they can win is to literally scare America.”

3. Bill Clinton, 1992: “It’s Halloween. And when you talk about about crazy and scared, I’ll tell you, I think it’s crazy and scary to think about four more years of lost jobs, lost incomes, 100,000 people a month losing their health insurance, one in 10 Americans on food stamps, and not competing and winning in the global economy.”

1. Walter Mondale, 1984: “Today is Halloween and think what a Republican Halloween will be like. When you open the door and hear them shout tricks or treats, remember they’re describing the Republican tax plan. Treats for the very wealthy and big corporations and tricks for everyone else.’’

A faculty meeting can make anyone loopy.  This is a result of decaffination, lack of food, a faculty meeting, deadlines, and stopping by Pribek’s blog during my lunch break.  No nuns or kittens were actually harmed in the making of this hymn.

Clearly, there can be no easier formula than to repackage 2 great classics and market the result to the public.  Ladies and Gentlemen,  I give you:
Much Adoobie Brothers About Nothing – Long Train Runnin’

The culprit is Troubadour Theater company:

In recent years the Troubies have put their spin on all genres of classic tales, notably It’s a Stevie Wonderful Life, Santa Claus is Comin’ to Motown and Alice in One Hit Wonderland.

If they’re ever in your town, you should check out their “Fleetwood MacBeth”, “As U2 Like It” and “Christmas Carol King.”

Protooler has a good commentary here:

With eight premium mic preamps and a wide variety of I/O to connect your instruments and other gear, 003® Rack+ Factory provides the power and capacity to record from multiple mic sources — all at once. 003 Rack+ is coming soon, and is available for pre-order.

8 mic pre’s?   They should have done that years ago!  Hopefully, they are GOOD preamps…